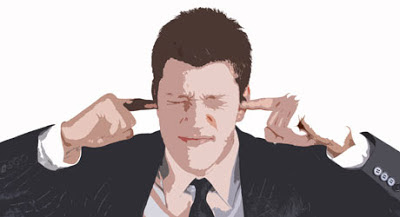 "Skepticism" seems to be pretty trendy these days.
Currently in our culture its cool to be an atheist or a sarcastic agnostic.
As I talk with people about God, the Bible and spiritual things I must confess that lately I've found myself skeptical about the "dishonest skeptic."
Here are some of my thoughts about the "DISHONEST SKEPTIC."

A dishonest skeptic is skeptical about everything except his own skepticism.

A dishonest skeptic claims that you can't "know" if God is real, and if Jesus and the Bible are true, but in the same breath they're claiming that they "know" for certain you can't know if God, Jesus or the Bible is true.

A dishonest skeptic will read anything and everything about the Bible and against the Bible but they won't read the Bible itself.

Whenever a dishonest skeptic does read the Bible it’s only to find fault with it. They won't read the Bible like any other piece of literature, from beginning to end, chapter by chapter. No, they read the Bible totally different, hopping around, and jumping from book to book, one verse here, one verse there, taking verses completely out of context, refusing to understand the culture or actual meaning. They pick through and hunt for things in the Bible they totally disagree with just to have ammunition to throw at people who actually read and study the Bible. In reality the dishonest skeptic uses the Bible he hates out of context to attack those who love the Bible. He misuses the Bible to disprove the Bible.

A dishonest skeptic will often just parrot and repeat what he hears from others rather than really studying the issues themselves or doing honest fact finding.

Whenever you challenge a dishonest skeptic about their claims, they retreat back into their "I don't want to talk about this right now" or "the Bible's been translated so many times we can never really know what actually happened" or "what about all the other religions out there" or "what about those who never heard about Jesus or the Bible" or the famous "science and evolution have proven the Bible's wrong."
It’s easier for them to bring up new questions than process your answers.

A dishonest skeptic will ask a question and as you answer will interrupt with another question and then another until they've led you completely off topic. They're more interested in blasting you with questions than actually listening to your answers.

A dishonest skeptic claims to be reasonable, rational, logical and intelligent, and yet when you really challenge their "reasons" for not believing in Jesus or the Bible you find their excuses are almost always "emotional." Either some Christian or church let them down, or they're upset with certain things in their life and consciously or subconsciously blame God.
For the dishonest skeptic the words "skeptical", "reasonable" and "rational" are really a cloak to hide their EMOTIONAL insecurities with the Bible and what it stands for.

A dishonest skeptic accuses you of having "faith" while they claim to have "reason." Yet they fail to acknowledge that most, if not all of what they believe about the history of the world is based solely on "faith" in the writings of historians and scientists. As a matter of fact, everything that a skeptic believes that they did not personally experience or personally test by the scientific method they believe by faith. They "trust" what historians and scientists claim, and they put "faith" in their writings because they want to "trust" them.
A dishonest skeptic does not "trust" the historical claims of the Bible because they do not "want" to trust them. It is a matter of the "will." They "will" not believe, not they "cannot" believe.
Ultimately a dishonest skeptic doesn't believe the Bible is true because they don’t want it to be true. They will side-step the vast amounts of evidence for the Bible and stand firmly on their emotional dislike of the Bible.

A dishonest skeptic never really wants to be "taught" the Bible. They autonomously want to determine what the Bible says and means. They want to tell the Bible what it means, not listen to what it means. Any attempt to correct or clarify their misunderstanding about the Bible is quickly rejected with the thought or words, "Don't preach at me." Trying to educate a dishonest skeptic on what the Bible actually means in context according to the author's original intent is like trying to get a stubborn 3 year old to eat their peas. Even if you feed it to them they'll spit it right out despite you.
They'd rather starve to death than eat those disgusting peas.

A dishonest skeptic would rather die in his disbelief, priding himself in his skepticism than to be humbled and challenged to change his perspective.

And even when a dishonest skeptic miraculously changes their view on something they refuse to acknowledge those who challenged them or helped them change their view, but instead claim they figured it out all on their own as a result of their own intellectual "skepticism."

A dishonest skeptic can't find God and truth for the same reason a criminal can't find a policeman. It’s a matter of convenience, not availability. They're not really looking.

A dishonest skeptic wants to determine their own truth, not discover real truth.

A dishonest skeptic will believe just about anything as long as it’s not Christianity.

A dishonest skeptic will use totally bogus examples to not believe Christianity, like Crusades and people who blow-up abortion clinics, or money hungry TV evangelists, or catholic ministers who molest kids, or even hypocritical Christians. All of these examples are totally against the teachings of Jesus Christ and the Bible and are therefore UN-Christian. You cannot use unchristian behavior as an example of Christianity. You cannot hold TRUE Christianity responsible for the terrible acts of its hypocrites and heretics.

And a dishonest skeptic will seldom or never go directly to the teachings of Jesus Christ to learn about what true Christianity is. They'd rather spend their time arguing and fighting against the wrong thing. They set up a "false Christianity" and spend all their time disproving it while they accuse you of believing it.
If you were to ask a dishonest skeptic "What is Christianity?" You would most likely hear about a religion you wouldn't even believe in yourself. Because a dishonest skeptic refuses to do their homework about the very things they're trying disprove.

A dishonest skeptic has their favorite "anti-christian," "anti-bible" websites, blogs, books and speakers that they constantly consult to try to overthrow any challenges they might be presented with from a thoughtful Christian. And the dishonest skeptic is clueless to the fact that even those websites and resources present a false or distorted view of Christianity. It’s easier for a dishonest skeptic to be bitterly against their own opinion about what Christianity is than to give you an opportunity to explain what genuine biblical Christianity really is.

Dishonest skeptics look at all the different denominations in Christianity as proof that it’s not true because there are so many differences. They overlook the fact that the Christian faith was Divinely designed to allow flexibility, differences and distinctions among believers to accommodate a variety of cultures and preferences in worship style and ministry methods, but nevertheless, the Christian Church is united on the essentials, The Person and Work of Jesus Christ.

If you ask a dishonest skeptic, "If Christianity were true, would you become a Christian?" they would most likely say, "NO!"

And finally, a dishonest skeptic is willfully ignorant to the fact that Christianity has already powerfully answered all of the major objections, criticisms and concerns of skeptics for centuries. Multitudes of Christian philosophers, scholars, pastor, teachers and apologists throughout the world and history have been thoughtfully tackling the hard questions about God and the Christian faith. The honest skeptic has no shortage of answers to any objection. Should they follow the evidence where it leads I am fully convinced they will discover the Christian faith provides superior answers to life’s hardest questions and best explains the reality we all share.

Dear Dishonest Skeptic. Come to Jesus.......and bring all your questions!

And a word to the Christian:

Certainly we have all had our own experience with the "dishonest skeptic," and perhaps we have even been one ourselves. As followers of Jesus we should strive to be as honest and understanding as possible lest the critics call us "dishonest saints."

As the hostility against the Christian faith begins to rise in our culture, let us rise to the challenge by not neglecting to use our minds. Let us cultivate the life of the Christian mind that God might be glorified in saints that are actually equipped to handle the challenges of the current critics. Jesus was never afraid of a question. Neither should we be.

Please consider the following verses as strong biblical support for us to be equipping our minds.

“The heart of the righteous studies how to answer, but the mouth of the wicked pours forth evil.” –Proverbs 15:28

“So Solomon answered all her questions; there was nothing so difficult for Solomon that he could not explain it to her.” -2 Chronicles 9:2

“Jesus said to him, “You shall love the LORD your God will all your heart, with all your soul and with ALL YOUR MIND.” –Matthew 22:37

"Be diligent to present yourself approved to God, a worker who does not need to be ashamed, rightly dividing the word of truth." -2 Timothy 2:15

“Let your speech always be with grace, seasoned with salt, that you may know how you ought to answer each one.” -Colossians 4:6

“But avoid foolish and ignorant disputes, knowing that they generate strife. And a servant of the Lord must not quarrel but be gentle to all, able to teach, patient, in humility correcting those who are in opposition, if God perhaps will grant them repentance, so that they may know the truth, and that they may come to their senses and escape the snare of the devil, having been taken captive by him to do his will.” -2 Timothy 2:23-26

“But sanctify the Lord God in your hearts, and always be ready to give a defense to everyone who asks you a reason for the hope that is in you, with meekness and fear.” -1 Peter 3:15

“Beloved, while I was very diligent to write to you concerning our common salvation, I found it necessary to write to you exhorting you to contend earnestly for the faith which was once for all delivered to the saints.”
-Jude 3


Other blogs I've written that may be of interest to you:

Do you take the Bible literally?
G.P.S.
F.A.C.E.S.M.A.P. "Evidence the Bible is Trustworthy"
The Gospel
Why did God order the killing of the Canaanites?