Do you take the Bible literally? 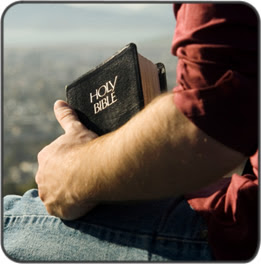 If someone asks me, "Do you take the Bible literally?"

Then I simply reply, "I don't take that question literally."

You were really asking if I "interpret" everything in the Bible literally, and yet you worded your question, "Do I take the Bible literally." You meant do I take what it says literally, not do I take actual physical Bibles literally. There is a big difference between the word “take” and the word “interpret” and yet within the context of your question and our conversation I understand your usage of the word “take” as meaning “interpret or understand.” And so what is literally said and what is literally interpreted are different and yet understood.

And the same deep profound interpretive skills I just used to interpret your question, I also use when reading my literal Bible.

I take the Bible at face value as I would any writing or book or article. When it is meant to be taken literally, I take it literally, and when it is meant to be understood figuratively (like your question) I take it figuratively, and when the passage is debatable among honest scholarly interpretation, then I am open to discuss it. It's pretty simple.

I read my Bible the way each genre or book is meant to be read.

I read the poetry and psalms different than the history and narratives.

Where most of the debate lies is regarding the issues of the supernatural and miraculous. People question whether the Bible should be taken literally or not because they have a predisposition against the supernatural and miraculous. They might agree that Jesus was born in a "literal" Bethlehem but question whether He was "literally" born from a virgin. They might agree that He was "literally" crucified outside of a "literal" Jerusalem, but they would question whether He "literally" rose from the grave three days later. When it comes to the miraculous and supernatural many people feel that those portions of the Bible should not be interpreted "literally" but rather "figuratively." And this is because they have a personal bias against the miraculous, not because that particular passage of the Bible is really meant to be interpreted figuratively.

I accept literal miracles in the Bible from Genesis to Revelation.

And I literally believe in the Person, work and miracles of Jesus Christ.

The ministry and miracles, death and resurrection of Jesus Christ are written in the context of historical narratives, not poetry.

However, there are many places in the Bible that I do interpret figuratively and not literally.

Let's talk for a minute about how someone could reason through this.

Taking the Bible literally or figuratively?

I currently live in the state of Nevada and in the USA. Now if I were reading online or in the newspaper about China how would I read the laws and news related to China? Would I read them "literally" or "figuratively"? Literally of coarse! Even though they do not specifically apply to me, I would still read they're laws and news as literal law and literal news applying to the Chinese people and those who live in China. Just because I live in Nevada and in America, under different laws and speak a different language does not mean that I would interpret figuratively writings from another country, about another people and culture who speak a different language. I would take what I read about China at face value, in context, understanding cultural differences and interpreting everything literally unless something is specifically meant to be taken figuratively.

This is how a Christian reads the Old Testament: Literal Laws and literal News applying to the Jewish People, living in the Nation of Israel, before the time of the Messiah. There is no reason someone should read the entire Old Testament as "figurative" writings when it deals with literal people, in literal locations and at a literal time in history. We can approach the New Testament the same way. Writings about real people, in real places, at a real time in history.

But what about those areas that are figurative?

First you consider the genre of the passage you're reading. Is it law, history, poetry, proverb, prophecy or narrative?

That helps determine how you read the passage.

If I was reading on the internet or in a newspaper, and I turned to the sports section and it reads:

"The Cowboys slaughtered the Broncos 36 to 7."

First of all because I'm reading the sports section (genre) I can assume it is not talking of "literal" cowboys killing and slaughtering "literal" broncos. It's speaking of football teams. And knowing this I can also assume the Dallas Cowboys did not "literally" slaughter the Denver Broncos football team. That word "slaughter" is not to be taken literally, it is a descriptive word describing that the Cowboys won the game by many points, and so I take that word “slaughter” figuratively. And yet, the numbers 37 and 7 I will interpret literally as representing real points scored, not as some figurative numbers representing something else.

Now, if I was reading an article in the newspaper or in a magazine on Early Texas Culture titled: "Cowboys slaughtered broncos" and it spoke about some starving cowboys who slaughtered their broncos, then I would interpret that to mean, literal cowboys, literally slaughtered literal broncos. Because this is an article describing a real historical event and not sports teams that use "figurative" team names I am logically forced to interpret the words: "cowboys", "broncos" and "slaughtered" differently.

And so we see that the genre and context determine how we interpret things, whether literally or figuratively.

It is the same when we interpret the Bible.

When the Bible says that David was a shepherd over sheep it is saying he was a literal shepherd over literal sheep. But when the Bible says the Lord is our "Shepherd" and we are His "sheep" it is obviously speaking figuratively, and communicating that the LORD is like a shepherd in how He cares for us, and we are like sheep in how we wander and need His protection. No one would interpret that as meaning "God is a literal shepherd in heaven" and "we are all literally and genetically sheep." This kind of irrational approach to biblical interpretation helps to fuel skepticism, ridicule and arguments that those who believe the Bible are not being logical or scientific. It is essential that we not only "believe" the Bible, but that we "interpret" the Bible responsibly.

Then ask them, "Do you interpret my answer literally or figuratively?"